Skip to content
Ronda Rousey to WWE: The Time Is Now 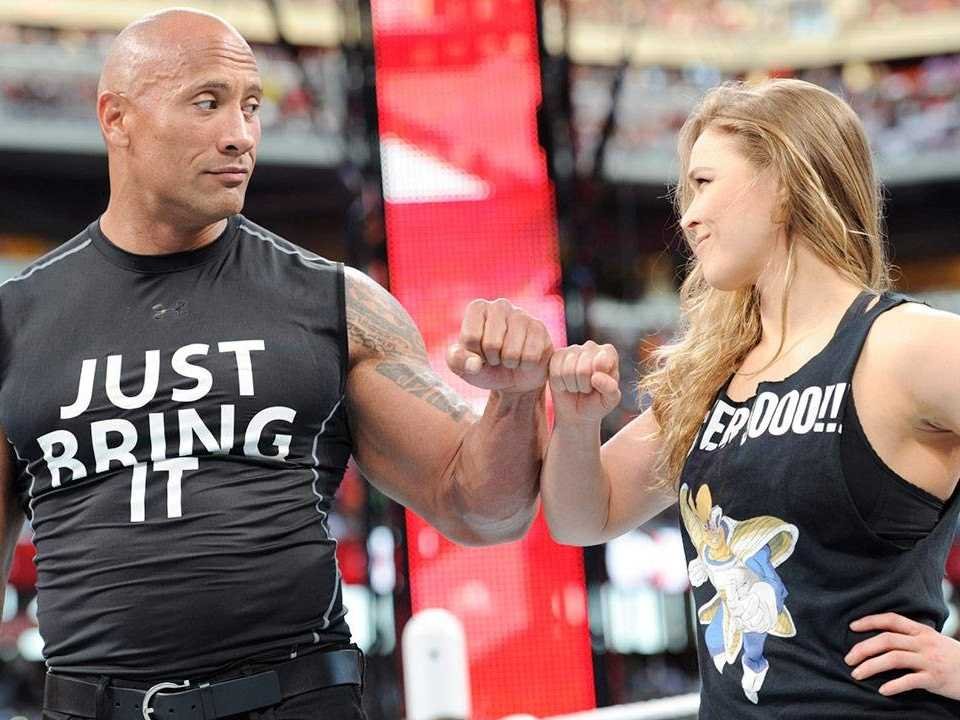 Ronda Rousey should never step into the Octagon against Holly Holm, again.

And he knows that Stephanie McMahon smells blood.

Rousey will be Stephanie’s first big signing and her chance to bring WWE’s relevancy in pop culture to levels they haven’t achieved since Vince married rock n’ roll with pro wrestling back in the mid-80s.

Rousey’s loss in UFC is a huge victory for WWE.

When Rousey shakes this loss, she’ll realize that White should have never put her in this fight with Holm.

And Stephanie and Triple H will sell her on the fact that something like this would never happen to her brand in WWE.

It’s no secret that Rousey’s mind and body is over UFC. Some would argue that it’s been quite some time since Rousey truly cared about being the best fighter.

She’s focused on becoming Dwayne Johnson, not being the women’s version of Conor McGregor.

And with WWE’s new merchandise agreement with Tapout, there is no better fit than Rousey to be flag bearer of that partnership.

WWE is thirsty for a new John Cena.

She needs to be WWE Champion – not the Divas Champ…THE Champ.

In a world where WWE cashed out on the pay-per-view business, she brings a whole new audience to its subscription-based network.

One of the biggest knocks against UFC and Rousey’s fights in general is that it’s not worth the $50+ per fight for something that lasts seconds, maybe minutes.

Rousey’s athleticism is valuable. And it can be featured in a WWE ring for 15, 20, 30 minutes. She can tell a story. She can inspire, entertain and awe her fans with a scripted finish.

It’s not impossible to think that she won’t go back to UFC. But it shouldn’t be anytime soon.

Until then, her sights should be set to helping WWE break attendance records at AT&T Stadium in April at Wrestlemania 32.