Skip to content
The Rise of ‘Cory Booker Republicans’

After the President’s DNC speech, Democrats will revere him the same way Republicans yearn for the next Ronald Reagan.

I respect President Obama for his approach and his life work as dad and a husband. But as a small business owner, him and I are not on the same page.

I’m not sure any one person – Republican or Democrat – can change how I feel. But that’s all I know, for now.

What I can be and think I already am is a ‘Cory Booker Republican.’

Let me be the first to coin the phrase.

Senator Booker owns the unique opportunity to redraw an electoral map. Sure, you’ll hear plenty about “Ronald Reagan Democrats,” so coveted by Republicans.
(Side note: I love when CNN’s John King plays with the LED magic wall).

As divisive and ugly as this election cycle is, there is good news: We’re close to shedding the rhetoric of a modern-day William Jennings Bryant and the machine politics behind candidates like Hillary Clinton.

For someone like me – who will be 37 in 2024 – the millennial vote as a whole will be well off into their forties in age but the not financial security of prior generations.

We’ll look beyond the social issues that divide our allegiances to political parties. We’ll also live the furthest away from our roots than any generation. So traditional red or blue states may not remain.

Millennials will be free agents after the next four or eight years.

I’ll never forget when one of my teachers told me that I shouldn’t equate politics to sports. But then 2016 happened. So I follow politics closer than a scout recruits talent at the NFL combine.

That also means the youngest voters’ first impression of Cory Booker will be images of him opening his house to neighbors who lost power during Hurricane Sandy. Or shoveling driveways during a blizzard. Or being a rescue-responder during a fire. 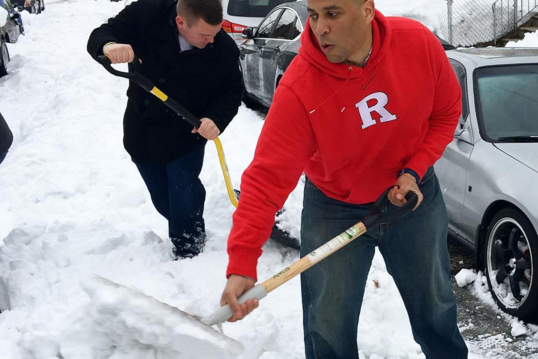 He didn’t need to tout any of this in his “America, we will rise,” speech earlier this week.

He made people feel it.

As a cub reporter at the Star-Ledger, I watched Mr. Booker ‘navigate’ Newark as its mayor.

It’ll be interesting to see how his time in Brick City is revealed to the American public as he continues to rise on a national level.

But as a young conservative, Senator Booker earned my vote before and I’ll be the first to say that he doesn’t have to change much to earn it again.

Even if he doesn’t always reach across the aisle, he makes you feel like he tries.

As an entrepreneur, it’s hard for me to admit that I would work for anyone. But I could work for Cory Booker.

Challenge your pick from ‘Day One,’ to govern with the other party.

And start paying attention to the rise of Cory Booker.